Nikolaj Coster-Waldau returns to his home country to take action

An overwhelmingly massive wall of ice on regular display is one of the many stunning visual images in the popular television series Game of Thrones in which Danish actor Nikolaj Coster-Waldau plays fictional knight Jaime Lannister.

In the real world, climate change seriously imperils our actual walls of ice.

The ice-rich territory of Greenland is Nikolaj’s second home. His wife is from Uummannaq in the northwest of Greenland, and his two daughters are half Greenlandic.

The world’s largest island has a delicate ecosystem and rising temperatures are having a devastating effect on the climate.

On Saturday 25 November The Royal Danish Library in Copenhagen hosted an event as part of the “Arctic Imagination” series – an artistic brainstorming session on the future of the Arctic – which is taking place in several high profile libraries across the world. 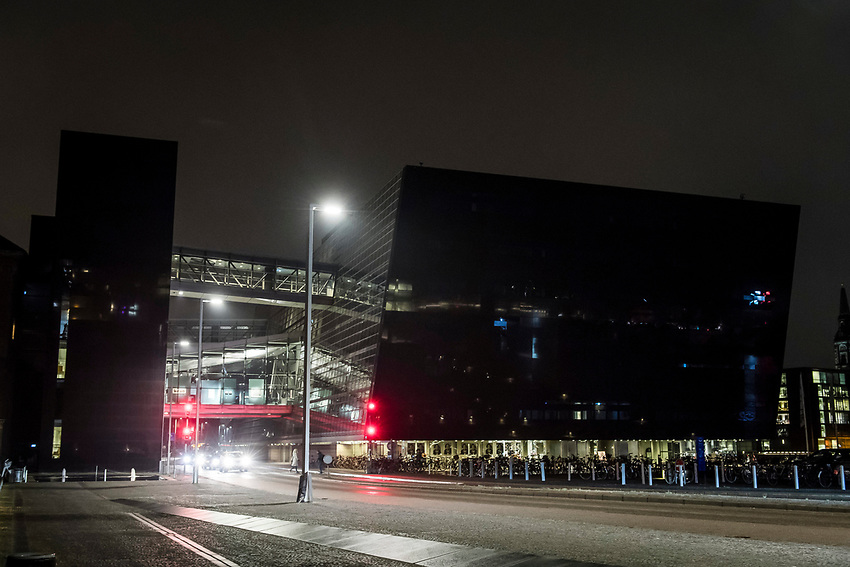 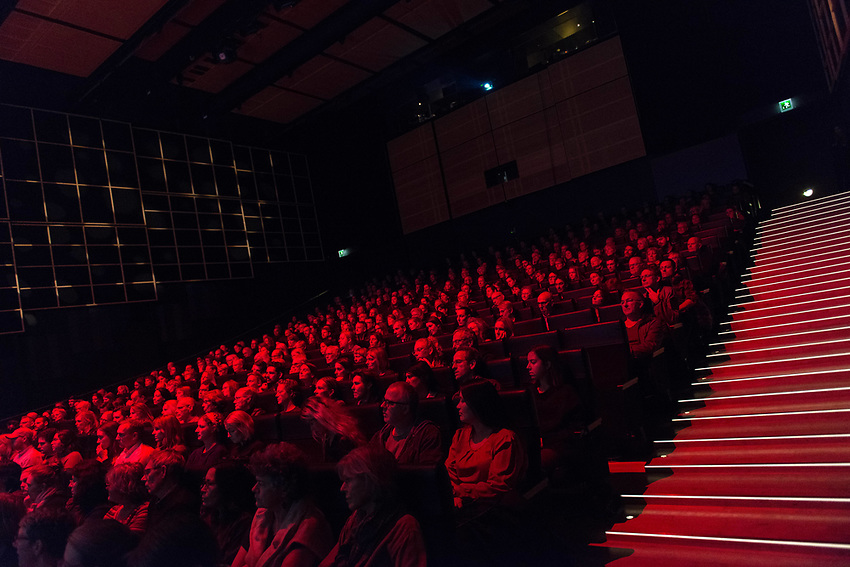 The undergoing transformation of the Arctic will be the subject of a conversation opened by Nikolaj, who is currently the UN’s Global Development Goals Goodwill Ambassador.

For those outside of the North Atlantic what happens in Greenland is not of primary interest. However, if the Greenland ice sheet – which covers 80% of Greenland – melts, the results for the rest of the planet will be monumental. In such an instance, sea levels will rise by 20 feet, according to experts.

The United States has major metropolitan areas such as New Orleans, Miami and New York, of which residents will be affected by said rising sea levels, but the risks of climate change do not end there. Issues such as education, energy, ocean life, poverty, and hunger are negatively impacted by the consequences of climate change, as they are delicately intertwined, according to The United Nations Sustainable Development Goals, which set a road map for tackling the planet’s most pressing problems. Natural disasters and their intensity increase in number, being directly affected by the unpredictability of weather patterns as a result of climate change. 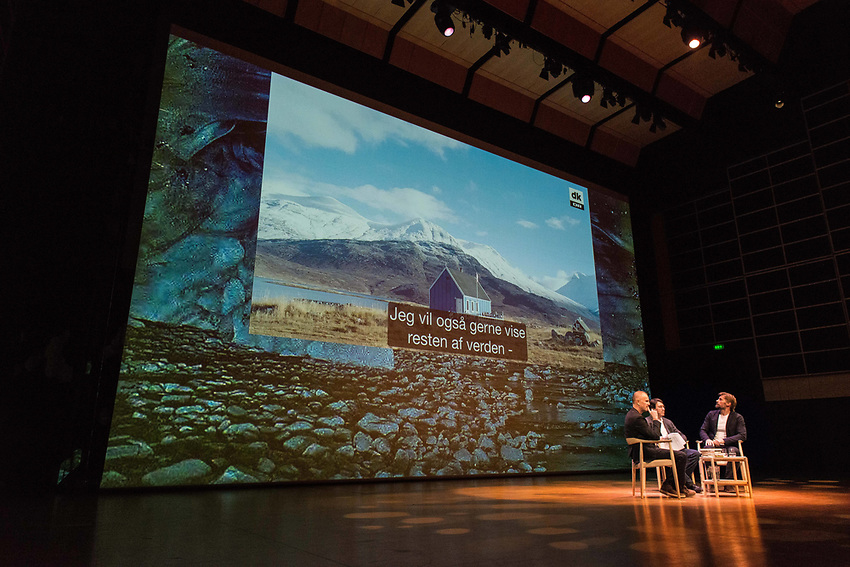 Nikolaj’s mission is to call attention to the dangerous consequences of ignoring climate change. Carbon footprints and greenhouse gases are aimed to be reduced by countries who are a part of The United Nations Development Program. 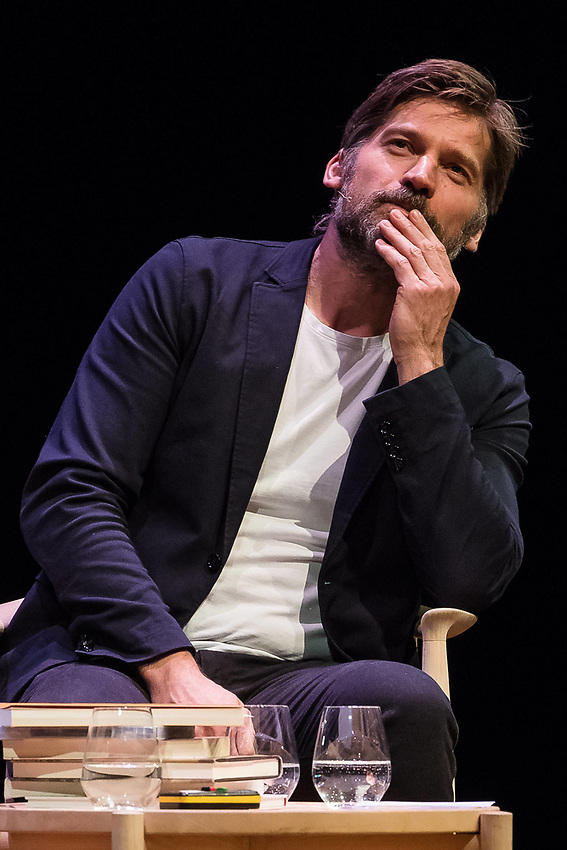 For a Better World

Nikolaj says: “I want a safe and secure world for my children, their children and the generations to come. We must not bury our heads in the sand when it comes to climate change – we must instead have the courage to make other changes to preserve the stability and safety of our planet.”

Arctic Imagination is produced in collaboration with the Danish Consulate General in New York and supported by the Castle and Cultural Agency, the State Art Foundation, the AP Møller Foundation, and the Ministry of Foreign Affairs.

At first I wasn’t sure anyone was going to turn up. The auditorium where the Talk was taking place – Dronningesalen – comfortably holds a couple of hundred people, but the queue outside wasn’t giving anything away.

Gradually, though, they turned up one-by-one, and eventually the room was full. In hindsight not so surprising, given the fact that the main attraction – Denmark’s very own Nikolaj Coster-Waldau – is now an international star thanks to his portrayal of Game of Thrones’ Jaime Lannister. 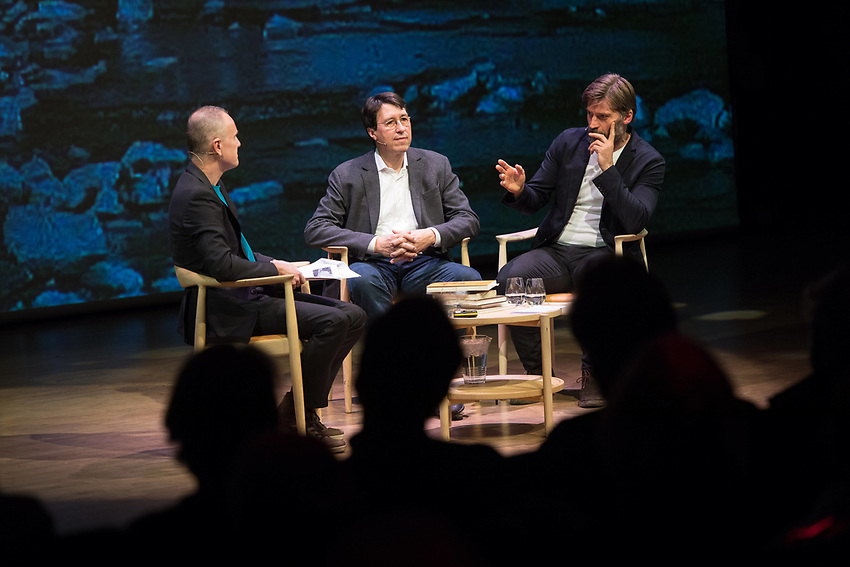 Joining Mr. Coster-Waldau on stage was geology professor Minik Rosing and journalist Martin Breum. The three of them immediately started talking Danish, which I wasn’t expecting, although I did manage to follow the discussion relatively well. The conversation flowed comfortably, with light-hearted moments here and there, and plenty of references to Coster-Waldau’s character and the show itself.

But the subject matter was far from light-hearted.

For me, Climate Change is real. I accept that there are many many questions, factors and studies that have all come up with something different, but I feel strongly enough about it to do whatever I can. The thought that my kids – or theirs – may be forced to find a different home within the next 50 years bothers me. And living so close to the water, in a very flat country, makes the reality even worse.

I’ve met my fair share of Climate Change deniers, but thankfully the up-to date modern thinkers of Copenhagen seem to have accepted it’s a proveable fact. Is there any need for them to be further persuaded by one of their most successful male exports? Probably not, but it can’t hurt to further hammer the point home.

I left feeling humbled. As I write this I find myself scratching my head trying to explain why. I think it’s because I had just taken photographs of a very well-known man who probably has enough wealth to “turn a blind-eye” to many issues that face the rest of the world. Yet the bottom line was, despite all the armour, make-up and showmanship, the real Jaime Lannister faces these global problems alongside the rest of us.

Danish Imports: The Psychologist and her son