Somebody once asked me, “Do you find that it’s always the first idea that works?” in regards to planning and executing a photoshoot. I admit I had to think about it. Sometimes definitely, and in these scenarios you can pat yourself on the back for a job well done. Go home, stick the kettle on, and binge-watch a Netflix-Original series. But most of the time, it’s most certainly not the case at all.

On a recent shoot here in Copenhagen I was tasked with photographing a group from Switzerland, who were in the city on a business trip. They wanted to have a portrait taken, showing them all in a neutral location close to the water, with some modern architecture in the background. Time was limited for them, so their hotel by the harbour would have to suffice – or at least somewhere close by. So I headed there an hour earlier to go scouting for ideas. And with the weather forecast looking unpleasant I had my fingers crossed for a modern-looking lobby or staircase overlooking the water.

You can imagine my dismay, then, when a man on reception told me that it was forbidden to take photos onsite without prior permission! And he wasn’t authorised to give it, either. In hindsight I should’ve known better: it’s not uncommon these days to get a hand in the face as soon as a large camera appears.

Instead I was forced to head outside to search for a dry location before the rains came, which arrived less than five-minutes later. I was slightly annoyed (and wet) to say the least.

Eventually I found a spot that looked good enough, and when I went back to meet the team we immediately set out with umbrellas to start shooting. Everything was going just fine, even though I was without an assistant – something I’ve grown quite used to over the past few months. But I managed to get by and take some safe, well-lit portraits of the group, who managed to stay dry and warm throughout. And then the sun finally came back out again. 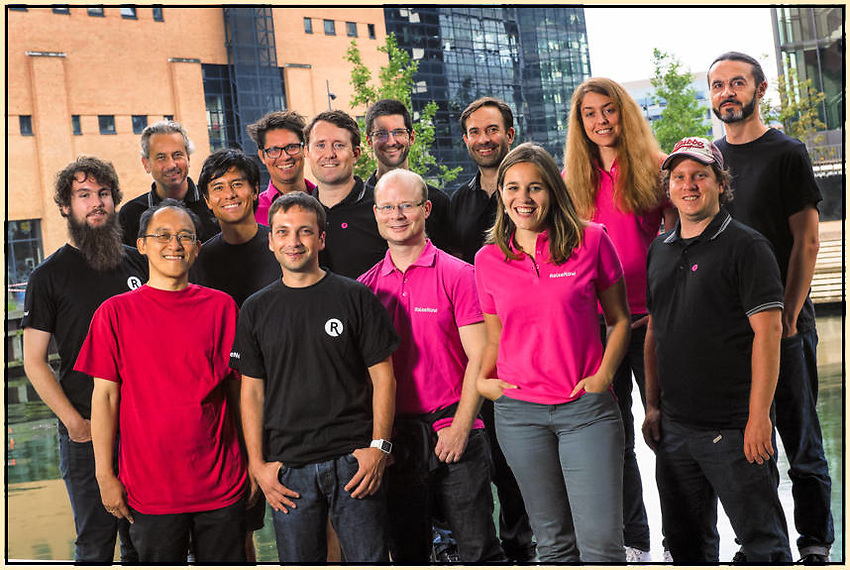 I was grateful, too, as the pictures on the back of my camera certainly weren’t the best I’d ever taken. Time was still ticking, so we rushed over to the next location and attempted shot number two. This one went slightly better, but now it was the sun causing the problems. The glare was too much for some of the group, who were squinting and grimacing and generally looking uncomfortable. The solution here was to ask them to close their eyes, and open them on the count of three. It worked just fine (people can tolerate a bit of light in their eyes for a split-second; long enough for me to fire several rounds of SLR film). 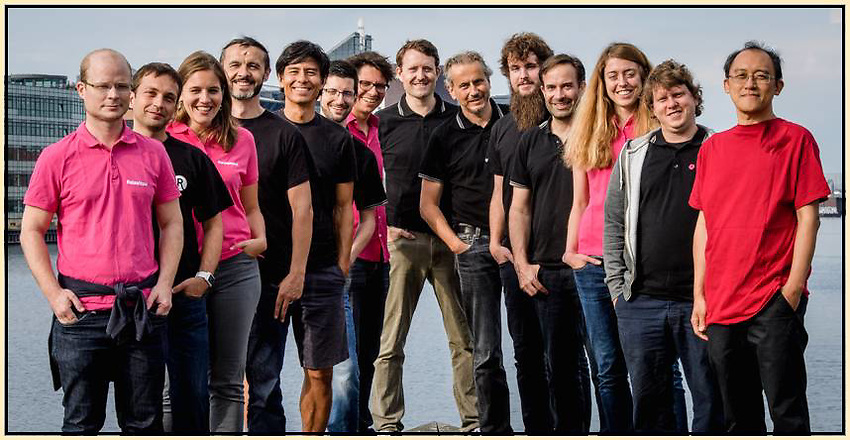 Throughout all of this my mind was racing. I was constantly thinking of ideas and poses for the group, which gets easier and easier as you get to know them better. Granted we weren’t best buddies all of a sudden, but there was enough humour and understanding between us, which makes my job a lot easier. And one by one the images were improving, to the point where I actually found myself hollering with joy. I was hoping they were feeling reassured by my cries of passion and not put off! 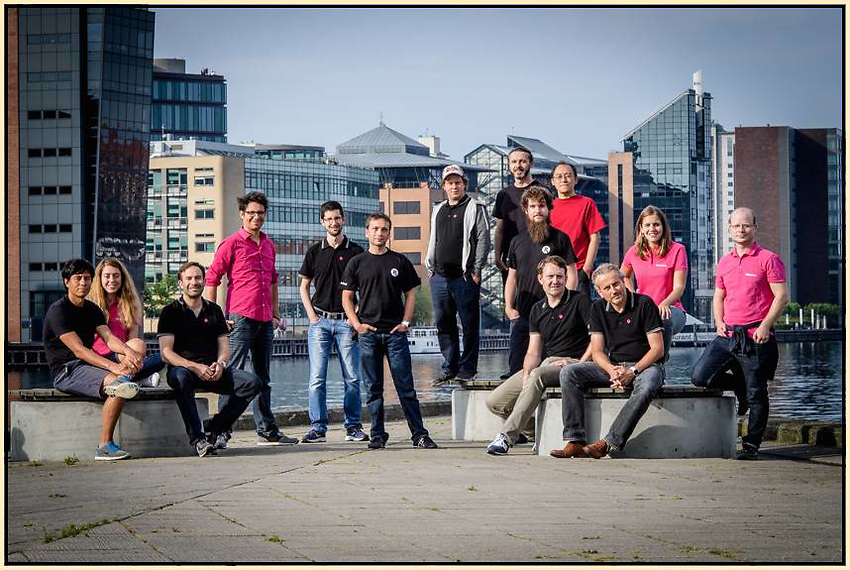 I still wasn’t finished, though, and by this point we were really close to the deadline. I felt I had one more trick up my sleeve, so we marched over to location number three, which was now in the shade of a building. Not to worry, I thought; I do have my lights and softboxes with me.

But sadly not an assistant, and this is where it would have been nice to have not been alone. The wind had really started to pick up, and I’d not brought any sandbags with me to weigh down the light stands. This naturally meant that the whole setup kept blowing over in the wind, which eventually led to the destruction of a socket on my wireless receiver attached to the flash head.

With seconds left to spare, I decided to abandon the lights and shoot free – some intelligent post-processing would have to satisfy my demands instead. 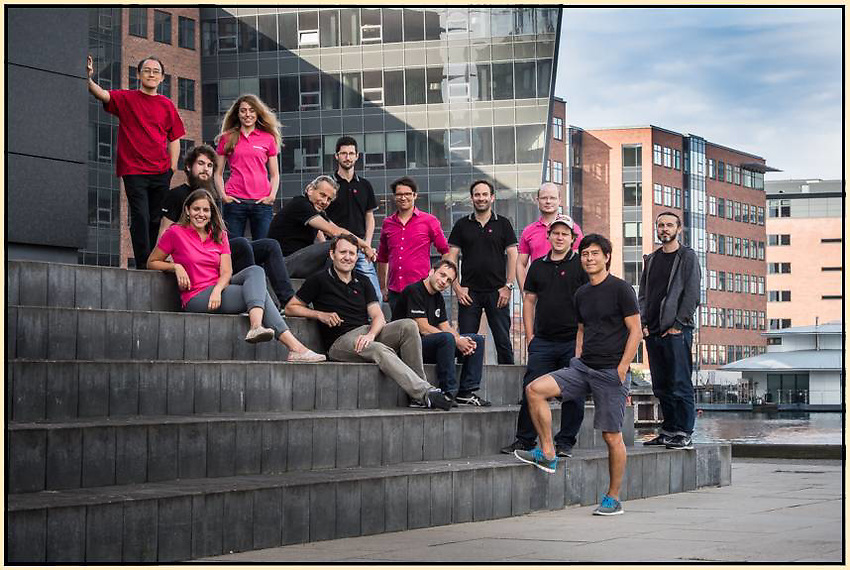 And so here we are, a couple of weeks later and a batch of edited group portraits all ready to go. What interests me the most is that the final shot is by far my favourite; the one without the lights. Not only does it capture the team’s requests of architecture, water and a neutral location, but the light is great and everyone looks happy and friendly. (For those tech-heads out there, settings are 160th at f16, ISO 800).

The entire shoot, from start to finish, took just 45 minutes and was riddled with challenges. Rain, sunshine, wind and broken equipment… it was no different than any other shoot, and being prepared was key.

No Man is an Island

Tips For Using a Snoot in Photography.